Posted on July 9, 2015 by stonekingseminars 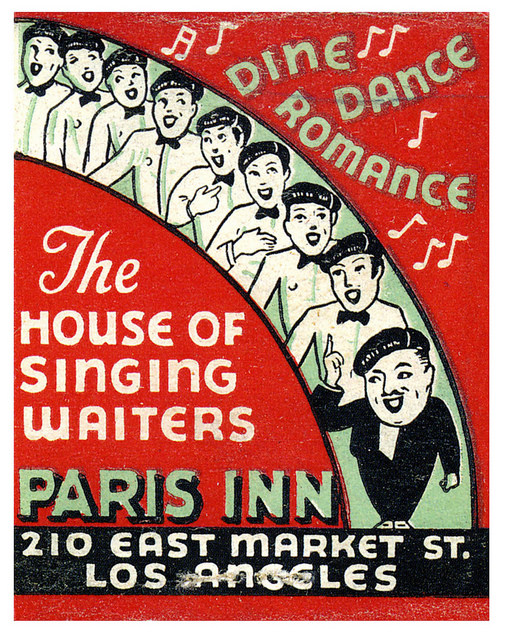 Guests who attended the Paris Inn ‘s grand opening on New Year’s Eve, 1924 were invited to “take a trip to Paris” by club owners Bert Rovere and Innocente Pedroli. The Paris Inn’s decor was a combination of bohemian and Renaissance. In keeping with the Left Bank ambiance, smock and beret-clad artists were available to draw caricatures of guests. The club’s waiters were of the singing variety.  Prominent guests at the Paris Inn included Charlie Chaplin and Clara Bow. The club occupied three Los Angeles locations during its lifetime:

Poet, screenwriter, producer, mentor
View all posts by stonekingseminars →
This entry was posted in Miscellaneous. Bookmark the permalink.